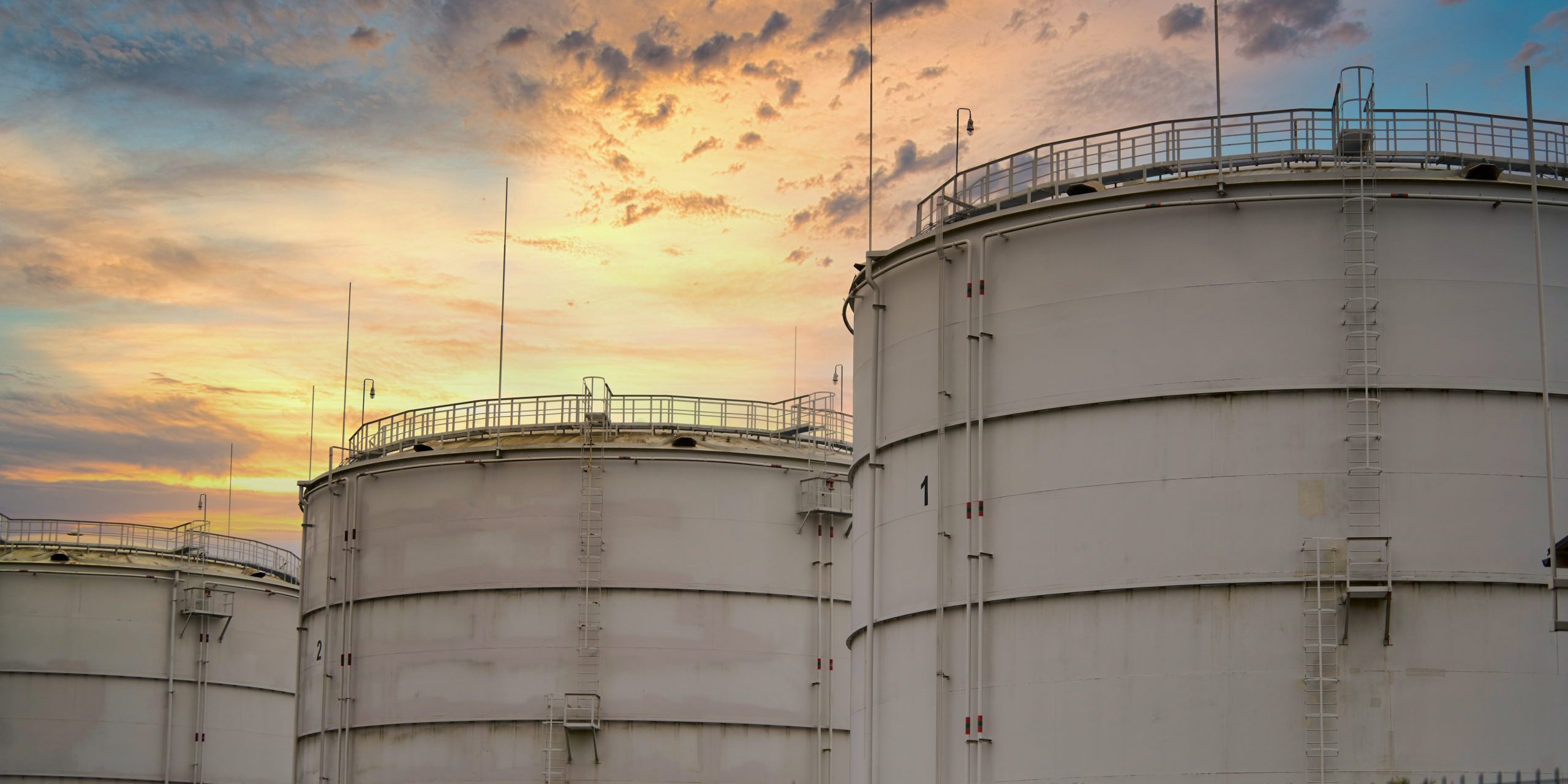 Fires pose a significant risk to tank farms and the Large Atmospheric Storage Tanks (LASTs) that they house.

While currently, linear heat detection systems are the industry standard for LAST fire safety, recent incidents have demonstrated that a better solution is needed.

In what follows, we explore these innovative approaches to fire safety and argue that common barriers to their adoption are now less prohibitive.

The sheer size of LASTs – often more than 60 m in diameter – makes extinguishing and controlling a fire in the event of an outbreak extremely challenging.

When grouped together, there is an even greater risk of a large fire spreading between LASTs.

This can have catastrophic consequences, both in terms of safety and commercial impact. Blast waves, damage to neighboring communities and costly product damage are all plausible results.

The industry has been alerted to the severity of fire risks, due largely to some notable tank field disasters which have occurred over the past two decades.

THE CASE FOR CHANGE

Although industry-wide changes to safety measures were introduced following the incidents of 2005 and 2009, the recency of the 2019 event demonstrates the need for greater protections.

Currently, the industry relies largely on the use of linear heat detection systems, which monitor LASTs’ rim seals and the top of tanks. These are prone to damage, false alarms, and crucially, failure.

THE COMMON CAUSES OF LAST FIRES

Research has shown that LAST fires are most commonly caused by lightning strikes, which account for roughly 50% of all tank field fires. Secondary causes include static electricity, leaks and live ruptures.

While some in the industry claim that fires of this nature can be avoided with improved design, construction and health and safety protocols, the fact remains that accidents and mistakes will continue to happen.

We can never pre-empt human error or equipment failure, which is why it’s important to be able to quickly identify a fire as soon as it has broken out.

AN ALTERNATIVE TO LINEAR HEAT DETECTION

While linear heat detection is the most common approach to fire safety in LASTs, advanced fire detection methods represent an enhanced safety approach.

Micropack believes strongly in the use of Optical Flame Detectors placed within tank farms.

Industry-standard Optical Flame Detectors like IR3s can identify small fires at distances of over 30m, and large fires at significantly greater distances.

For smaller fires, their detection distances and timescales compare favourably to those of Linear Heat Detectors.

When coupled with modern mapping software like HazMap3D, the advantages of modern fire detection systems in comparison to heat detection methods are clear to see.

The benefits of Optical Flame Detectors plus 3D mapping software can be further improved with the use of IVFDs. This system uses pixel analysis algorithms to identify fires based on radiation intensity, flicker frequency and radiation source shape.

IVFDs are not easily deceived by water, rain, fog, snow or dirty optics.

Where desired, a live feed can be viewed directly by operators. This feature is ideal for tank farm facilities without automated fire suppression systems in place, due to the high cost of false alarms. Instead, operators can visually verify a fire within seconds of viewing a live feed displaying the issue identified by the detector and manually trigger a safety response.

Despite their benefits, certain factors associated with optical flame detection systems for LASTs are viewed as barriers to their adoption.

While valid, these potential barriers are now less significant than some might realise.

Previously, there were some concerns within the industry about the possibility of false alarm triggers and the inadequate coverage of very large tanks when using Optical Flame Detectors.

Advances in detection systems and 3D mapping tools now allow detector coverage to be assessed objectively, meaning coverage should no longer be a significant concern.

“If you think safety is expensive, try having an accident”

To combat the problem of false alarm expenses, some tank farms delay or even remove their automated fire suppression systems. But an immediate response is necessary to tackle a fire. With delay comes a higher risk of disaster.

Optical flame detection systems are likely to detect a fire faster and earlier than Linear Heat Detectors: within approximately 10 seconds of a very small fire developing. Smaller fires might not trigger heat detection alarms, but it is in these early stages of a fire that the problem can be best resolved.

While it’s certainly true that Optical Flame Detectors cost more than Linear Heat Detectors, they are cheaper to operate and maintain.

With Optical Flame Detectors, there is a lower risk of damage, as they can identify flames from a safe distance. Some are also designed to survive direct flame impingement, especially important when used at the top of LASTs near their seals.

Linear Heat Detectors must be replaced when safety responses are triggered. Given the fact that false alarms are common with heat detectors, equipment
replacement and associated labour costs can be very expensive.

Optical flame detection solutions are already in use at several Micropack client facilities to protect LASTs of up to 100 m in diameter (for reference, most LASTs have a diameter of between 76 – 91 m).

The linear heat detection method isn’t working. We believe that optical flame detection is the solution.